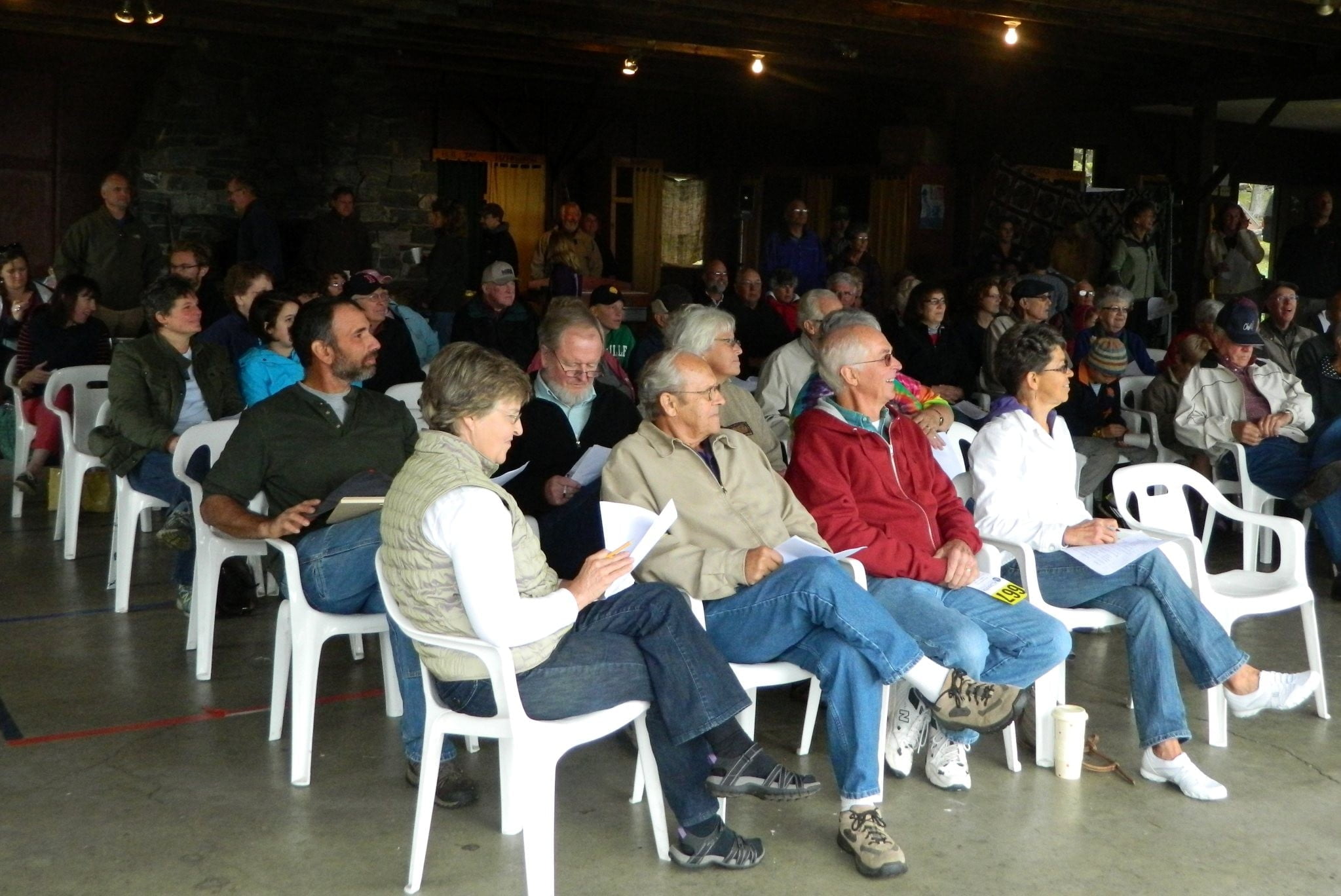 Voices chattered against the drone of the cider press as we walked through the fog towards the pavilion.  This was the 10th year for the annual event; but my first in attending.  The heavy air was not enough to dampen the number of early birds who, by 9:00 am had already gathered to survey the inventory. Huddled bodies milled about the pavilion clasping respective cups of coffee and hot cider.  A fire burned in the hearth.  I received a free donut and a cup of coffee from Anna Hepler.  As the crowd grew, the scene turned warmer.  Conversations erupted amidst the silent auction tables.  Old friends re-united at the home-made donut dispensary.  Ted Shattuck and I both remarked on how long it had been since we had last seen each other. Just before 10 AM, as the sun began to filter through the mist, the auction was underway. 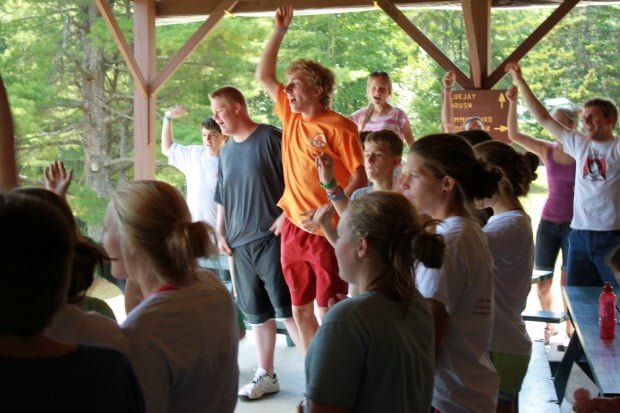 I took a seat next to Brian Goshow, who graciously allowed me to look over his shoulder at the auction manifest every five minutes.  The morning slowly built into a raucous occasion full of laughter, bid and counter-bid, and banter all of which were led with the hearty energies of auctioneer Sandy Alderfer.  I would be hard pressed to find anyone who would be able to pinpoint a climax during the auction. For some, it was the high cadence of the bidding for Matt Maxham’s side table, eventually won by Jed Dickinson, (or was that Norm Koop’s hand that went up at the last minute?).  For some, it might have been the strong supporting bids towards camper sponsorship.  And for others, it might have been the donuts hand made by the Hershey-Lapp family.

The highlight for me however was witnessing the broad spectrum of participants who had gathered to share in the event.  As I sat with friends from Lancaster PA and from Woodstock Vermont,  from Burlington and from Philly, I was aware that it indeed takes all of us to make this event and this camp the great thing that it is.