Posts Tagged ‘Inside Out’

Let your teen (17 year old) do whatever they want

In his blog post, Jonathan McKee explains an experiment he and his wife performed on their teenager.  He writes:

Our theory was basically this:  Start strict, and loosen up as our kids get older, eventually freeing them from all boundaries by age 17½.

Guess how it went… not bad!  In fact, it allowed their daughter to begin a deeper relationship with them.  Their idea was that at age 18 she can do whatever she wants. The figured they may as well let her start doing that at 17½ so that  they would still have some influence before she left the house.

Discussions with us were no longer about trying to convince us to give her permission—she already had that. Now conversations were about what she was learning from her decisions, good and bad.

She began talking with us about decisions even more. When she wanted to drive over 2 hours to San Francisco with her friends (the furthest she had ever driven), she wanted to know all about traffic, directions and safety. Not because we made her, but because we were “safe” to talk with.

Genius parenting!  Now when she leaves for college, she may stay in touch.  I’d encourage you to read the whole article.

What do you think?  Want to try this out when your son or daughter hits 17½?

Inside Out Lives On!

Summer 2012 is officially over. Actually, it’s long past official, it’s history! The temps are dipping lower and lower, the counselors and campers have been gone for months. The pond is empty of the summer toys. The swings are still. The water to the bath house is off. Now is the time of year when BBC looks ahead to next summer, summer 2013. It’s been a challenge to move on this year partly because the theme from last Summer continues to be real all around me. Inside Out is be evident each day. I continue to see these ideas around me and experience them in my life.

The most visible example of late was the foliage season. The brilliant colors of the leaves changing bring the mountains to life. Everywhere is bustling and busy with tourists and crafts. Life is vibrant. But the reality is, regardless of all the life and color that comes with the changing leaves, it’s a symbol of dying. The leaves change color because all the nutrition and oxygen is removed. The trunk of the tree holds onto all the life giving material so the tree as a whole can survive winter. This allows pigments in the leaves that have always been there shine through. The displays of red, orange and yellow are beautiful. The colors are beautiful symbols of the death to follow.  Beauty precedes death. The dying of the leaf allows the tree to survive the winter.  The current leaves die and fall so the tree can live on through the winter. From death comes life. It’s Inside Out.

I’m sure the Inside Out theme will continue to abound around me, even now that all the leaves have fallen. I’ll continue to enjoy recounting the experiences and events of the summer of 2012. As I remember the relevance of the Inside Out theme, I’ll seek to uncover a theme with the same amount of relevance for the upcoming winter camps and the Summer of 2013. Stay tuned! 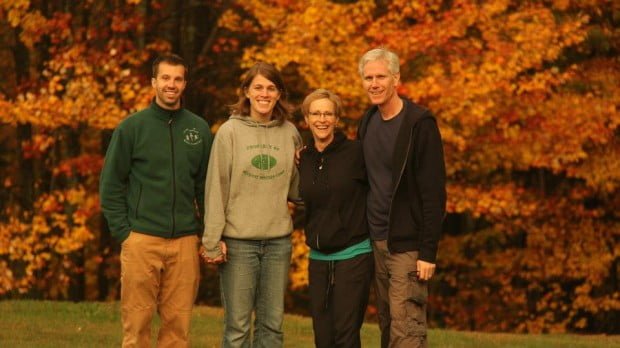 Tuna and Cheeks enjoying foliage with new friends Dave and Kathi Peters of GlobalStory2 in October 2012.

Inside Out: Beauty from Rain

I love the sun! For a few days in April I got to experience plenty of sun. The weather at camp was warm, sunny and felt like summer! I was ready to invite campers to the hill and get camp rolling. When the sun is out I want the hill to be full of youth and staff running around outside enjoying the wilderness. When the sun is shining and temperatures are above 65 I can think of nothing I’d rather do than roam around 100 acres exploring the wilderness with others.

Then came the rains. The past few weeks have been damp, rainy and cool. My shoes get wet each time I go outside. My body gets chilled when I have to get something from the pavilion or the craft hut. I have nightmares of campers who run out of socks. The more it rains the more I frantically search for indoor pavilion activities. A counselor who worked here in 2004, 2005, and 2006 told me she just recently stopped having nightmares about camp in the rain!

Camp in the rain can be fun, but I prefer the sunny skies. Dampness at camp is easily cured by a warm fire, but I prefer warmth from the sun. One of our former staff/campers recalls her favorite memories of BBC during rainy days in the pavilion. Campers don’t always notice the rain. I do.

Last week as I sulked about the rainy days and lack of sun I noticed the grass turning a darker, luscious shade of green. I noticed the flowers by the steps of camp shooting higher out of the ground. The rhubarb in the garden is much closer to picking! I remembered a counselor who took her campers puddle jumping. I appreciated the warmth of the woodstove. I enjoyed the sound of the rain dripping off the trees. 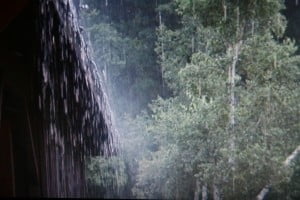 Rain coming off the Pavilion

It’s amazing what you find when you look for it! More themes of inside out continue to run through every day life.Last weekend I found a sampling of the inside out theme in Pennsylvania. Tuna and I made a quick trip south for a bridal shower for my soon to be sister in law. We had a great time catching up with family, hearing the latest news and telling lots of people about the latest happenings at BBC!

My favorite part of the weekend was sitting next to my almost 5 year old niece in church on Sunday morning. After the service it dawned on me yet again why God calls us to be like children. It doesn’t make sense. We spend our entire lives growing out of our childhood and yet Jesus states that we should become like little children. On Sunday, sitting next to my niece who was learning how to sit like a 5 yr old in church (Butt on the bench or feet on the floor), I was reminded again why Jesus values children:

She was quietly coloring for most of the service. It seemed like she was paying zero attention to the message the pastor was sharing. But every so often she’d look up at me and ask something related to what the pastor was saying. “What’s doubt?” The pastor had just mentioned Thomas’s doubt. So I tried to whisper an answer she’d understand and she went back to coloring. A few minutes later she looked up at me and said “what’s the least?” The pastor had just mentioned how God was always using “the least.” Again, I tried to put myself in her shoes and give an answer that would make sense.  A few minutes later she asked, “Did anyone else die on a cross?” So I told her that other people had been punished that way. She responded with, “Did they come back to life?” I just shook my head. After looking at me for a few moments she went back to coloring.

All the questions. All the inquiries. Asking about whatever we hear. I believe God wants us to do more question asking and more clarifying. Jesus invites us to spend more time with children and be like them. It doesn’t make sense for us to be more like children or to accept children the same way we do adults. But after hanging out with a 5 year old in church, I’m reminded yet again of the goodness of a young spirit and am excited to spend time with kids all summer long!

Inside Out: Death to Life

I know summer is getting closer when I start to see the summer theme everywhere I look. Easter weekend was an obvious display this summer’s theme: Inside Out. We celebrate the death of Jesus on Friday. This death then leads to life. It doesn’t make sense. Death is supposed to be the end of life, but in the Kingdom of God, death always leads to 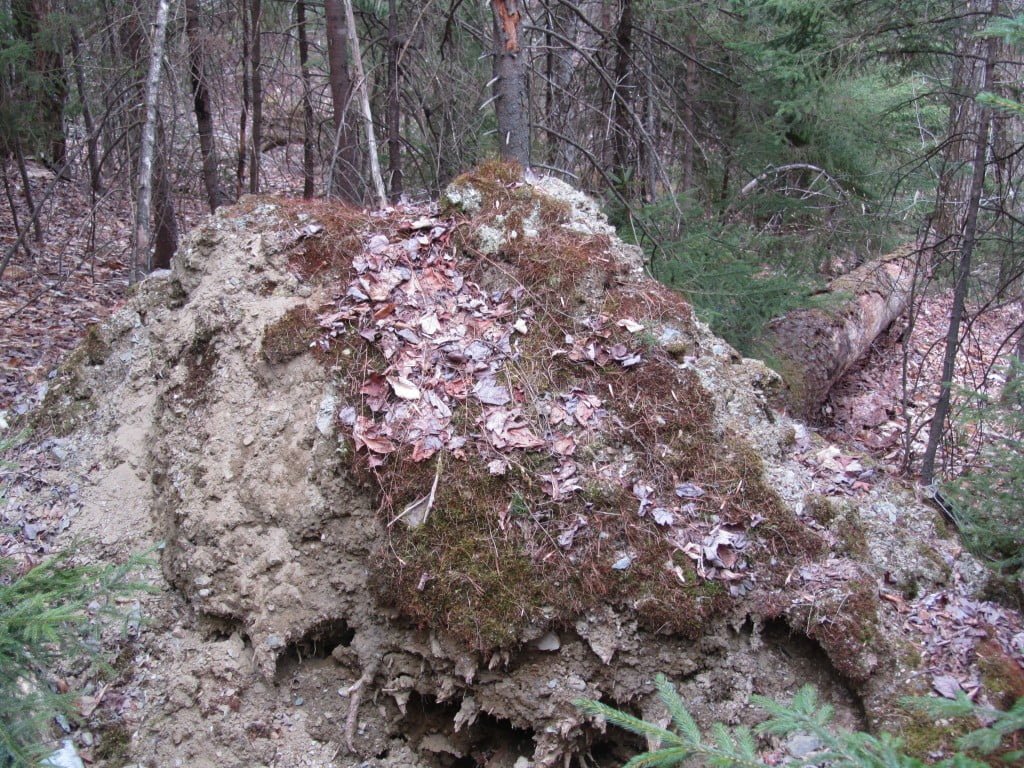 As I reflect on various things in my life that are ending (or have ended) I look forward to the new life that lies ahead, including whatever Summer 2012 will bring!