As you may know, we’ve been highlighting our summer theme with a few videos.  The first one is here.  This second one is about Monday’s theme.

Thanks to one Beth Horst, we are doing a bunch of new arts and crafts activities this summer.  She has much skill in this area and managed to put together a set of new activities for us.

Pictured is Cheeks holding the book and a sample necklace. 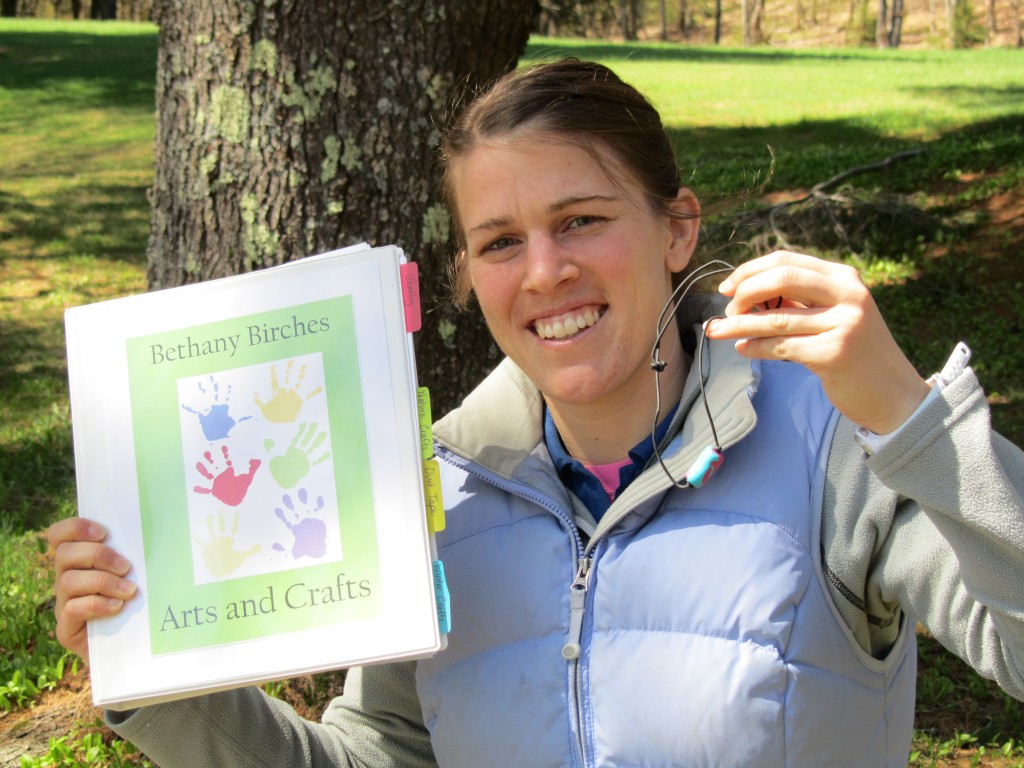 Thanks so much, Beth and family, for this great gift!

This brings me to another point. Mike, her husband, recently bought us a set of GPS devices that we’ll use to introduce Geocaching this year!  And don’t even get me started on the map that Mike has created for us.  So sweet! 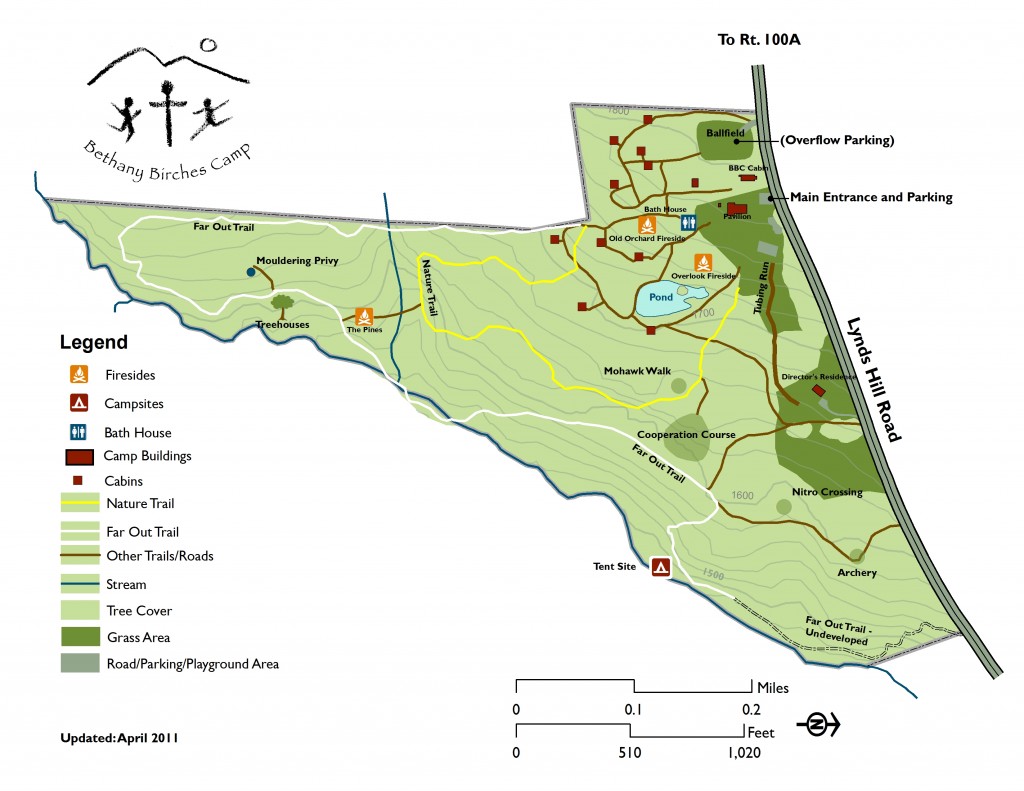 Thanks to the Horst family (Mike & Beth) for continuing a long tradition of Kingdom building at Bethany Birches which Mike’s dad, Earl started when he came with a bunch of relatives that we refer to as the Musser Woodcutters.

God will provide.  Sometimes God’s providence has nothing to do with our desires and that confuses us.  How can a father turn away his hungry child when his child asks for bread? And you reply by asking, what about all those starving children in Africa?  That brings us to the Bread of Life.  And sometimes, the bread that we have been charged to offer our brothers and sisters in Africa is different from the bread God is offering to all.

Counselor Skittles coming back for 2011

I am super excited for camp this summer!!! It is such a blessing for me to be able to come back and see all the
wonderful campers, staff, and others that I met last year AND to establish even more friendships this year!  I hope everyone else is just as excited and enthusiastic to come back as well.

Bethany Birches is such a wonderful place to learn about God and Jesus, build and strengthen relationships with others, and to have an awesome time!  There were so many amazing memories from last year that stick out to me.  Some of my favorites are the deep conversations I had with others about God and Jesus.  I have also enjoyed the fun memories of laughing and rolling around in the grass with my campers with not a concern on my mind. I was truly at peace and full of joy.  I can tell that God is very present at Bethany Birches.  I look forward to continuing to learn about Him alongside the fantastic people who come to Bethany Birches!

How can one not be excited about crawling in mud, running in the grass, crouching in the woods in the dark, dancing at fireside, splashing in the water, and laughing with friends?!  I hope each and every person that reads this can come to camp this summer (adults too).  It is such a astonishing experience for me and I hope that you can share that with me this coming summer!  May God be with you this summer and always.

Counselor Bobbi coming back for 2011

So last summer I landed a job at this really cool place that grew to become my home for 8 weeks.  Even on a hundred acres of beauty, it didn’t take long to become familiar with the layout.  I traversed creeks and hills and did nature scavenger hunts and slept out in a tree-house and swam in a pond and played in a mud pit.  I slept safely in a shelter with the sounds of crickets lulling me to sleep every night.  And I got to know some wonderful people who would become like family to me.  New kids would come every week – each one of them bringing something special to the group of girls I was responsible for having fun with (not usually a hard task).  We laughed together, cried together, smeared paint and shaving cream on each other and washed paint and shaving cream OFF of each other, swam in the pond together, cooked meals over the fire together, and got to know other groups of kids together. 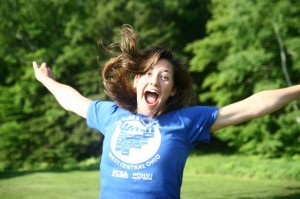 Welcome to Bethany Birches Camp!  Get ready to join the fun!

Many Fall Away From Church

I was out to dinner last night with some friends.  We were discussing, in part, a book by Author and Pastor Rob Bell. It’s called Love Wins. In it, he argues that God is indeed love and that we often fail to understand the expansiveness of that love. He looks at the Bible as a whole and discovers that our ideas of Heaven and Hell in American Christianity aren’t exactly a picture that the Scriptures paint.  As we talked, it seemed that each of us who grew up in the church had a significant falling away from Christianity at some point in our lives. More than half at the table are currently distant from Christianity. We all very much appreciate Jesus and uphold his teachings.  But, some of us haven’t found a deep connection to the religious tradition that followed the death of The Christ.  Here’s an excerpt from a blog post from Christian Camp and Conference Association on this very topic:

“…First, Kara mentioned that in her research with 500 teens, the kids were asked to define Christianity. One in three youth did not mention Jesus in their definitions – and these were church kids who were active in youth groups across the country.

Kara also mentioned that in her studies, 40 percent of committed Christian high school kids walked away from their faith in their first year of college. The number struck home when Kara said something like: “So picture five great high school kids you know right now; then draw a red ‘X’ through two of them, because they are not going to hold onto their faith as they go through college.”

Why is that? One of the reasons Kara and her team believe kids walk away from their faith is that it isn’t deep, isn’t “sticky.”

She talked about Dallas Willard’s concept of a “Gospel of sin management” that replaces a real, vibrant relationship with Jesus, and instead presenting a list of do’s and don’ts, because that’s the easiest thing for parents and youth leaders to identify, to discuss and teach….”

Our mission is to help youth develop their relationship with God. This is a larger commitment than one week of summer camp. That’s the main reason we’re developing winter program.  As we, the community of BBC, gather more, it becomes more possible to encourage each other along this road of following Jesus.  Two of the key items we pack in our bags along this road is honesty and openness.  I believe kids veer away from the church because they aren’t encouraged to express their views and share what they’re learning.  When they do, they are sometimes met with answers rather than a listening ear and a desire to understand.

Here’s to trusting in a God that will honor our questions and concerns and use them to draw us nearer to himself.

Well this is just silly (the video, I mean). But it says something, right?

This video (below) will be live on our Facebook Landing page this week. If you haven’t been to our page, you can see it here. You don’t even need to be a Facebook user.

The goal of the video is to quickly show new visitors a bit of camp. The hoped for result is that they would be interested enough to learn more. Do you think this does those three things?

Maybe you’ve been wondering where to find our prices for the upcoming summer.  They’re on the brochure and a few other places on the website. But, they aren’t all that easy to find!  This post is all about summer 2011 pricing.

First of all, choose your own price! $250 OR $300 OR $350 Because all of us have different financial realitites, we want to provide different price points so that your kids can get here. Though Tier III (the highest price) represents our cost, we want you to choose the price that correlates best with your financial reality.

And, if you need more help, apply for campership/scholarship.  The kids who need it most end up coming to camp for less than $50 sometimes! 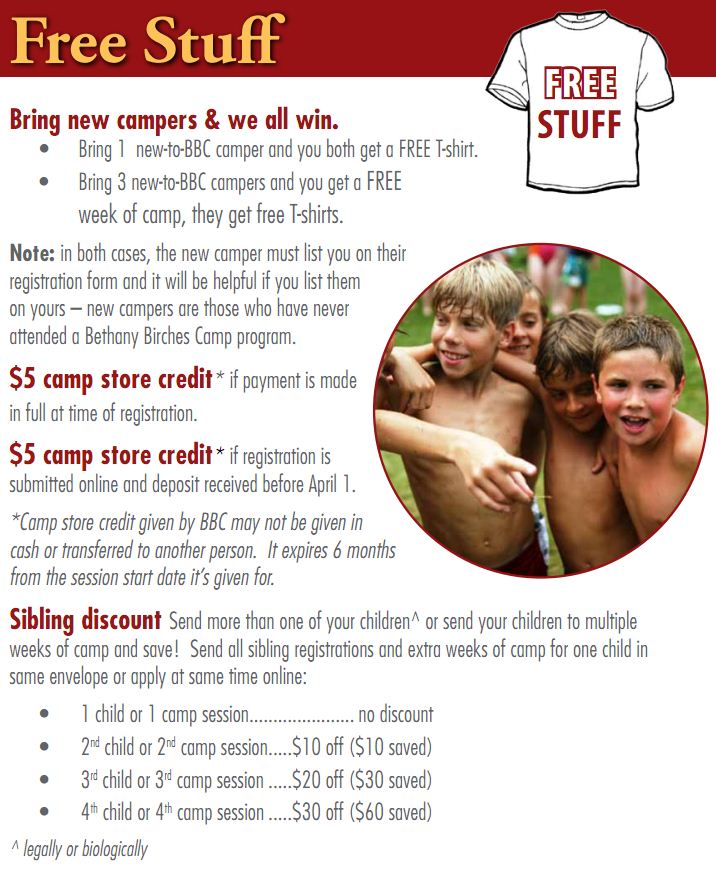 DVD’s of each week, if you’d like to buy one are:

This summer we’re exploring fire.  Our theme is actually called Aglow.  What does it teach us about our Creator?