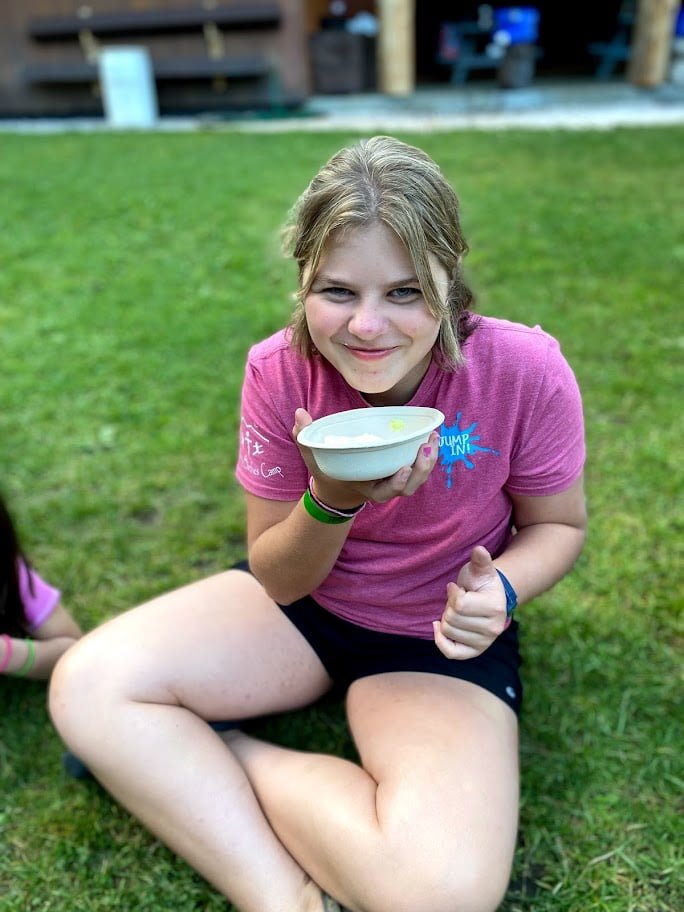 Full Circle: From Camper to Counselor

When it comes to long-time campers who love camp Maja is as loved and well known as they come. Maja has been coming to camp since 2014, when she was 7 years old, and has had the experience we hope all campers can have at camp. I asked Maja how she would describe her experience at BBC with someone who has never been here, and she said, “Camp is a place where, either if it’s your first year or fifth year coming, there’s always something new that you will experience and it’s always a good experience. I only have good memories.”

Maja is one of the many campers that remind me of why I love to work at camp. Not only has she come for 6 summers, but this past summer she participated in our two leadership programs.

During the second week of camp Maja arrived as an LIT (Leader in Training); it quickly became evident, to her counselors, myself, and other staff, that she was someone who would grow to be a strong counselor at camp. Partway through her LIT week I pulled Maja aside and encouraged her to apply for the CIT (Counselor in Training) program happening later in the summer. Maja is a loud and energetic person, but I don’t think I’ve seen her as excited as she was at this moment. I watched a long time camper with dreams of becoming a counselor jump up and down, literally, as she realized that she was a step closer to her dream. When I asked her later what that moment felt like she said “All I thought was ‘I’m going to be able to do something I’ve wanted to do for a long time a lot earlier than I thought.'”

When Maja walked up to the registration line on day one of CIT there was nothing but excitement in her eyes. She was ready, and I couldn’t wait to see how she would use her gifts of connecting with others easily, participating to the fullest, caring for those around her, and of course brining pure joy to whoever she came in contact with. To put it simply, Maja did not disappoint. It was rare in her weeks as a CIT that Maja was seen without a handful of campers by her side. When observing her it appeared as though she was already an assistant counselor, rather than a counselor in training. Her campers clearly loved her, and the counselors, leaders, and staff who worked alongside her were impressed by her ability to step up, without being asked, to serve anyone and everyone around her. When it came time at the end of the program to recommend next steps, I did not hesitate to encourage Maja to apply to be on staff.

While interviewing Maja it remained clear that helping campers grow to become counselors is meant to be a part of what we do here at BBC. There is something about a past camper becoming a staff member that helps them connect deeply with our campers during the summer. Campers get to look up to a counselor who was them; that’s special. Maja will get the opportunity to be that example this summer as a female assistant counselor. When I asked Maja what she was most excited for as a staff member she said, “Meal time. Me and the girls in my cabin during LIT week all got to connect in different ways than we would because we were all sitting together. It’s been like that since I was younger. Meal times was that time when we could connect, and were when the funniest moments happened.” I cannot wait to walk up to Maja’s cabin this summer and see her making her campers burst into laughter, watch as she teaches them how to safely cook over the fire, or simply know that she is investing in their lives the same way that so many counselors did when she was a camper.
Maja puts it simply, “Camp has been such a big influence on my life, and that is because of people who have supported camp. They’ve given me that opportunity and they are going to give that opportunity to so many other people. Camp really leaves an impact on your life that you wouldn’t get anywhere else.” Maja is just one example of the campers that have and will experience growth and a beautiful community at Bethany Birches. Here’s to the many campers who have come before Maja and the many who will come after. May BBC provide them with a safe space to experience personal growth, connect deeply with God, and be lifted up by a community of joy.