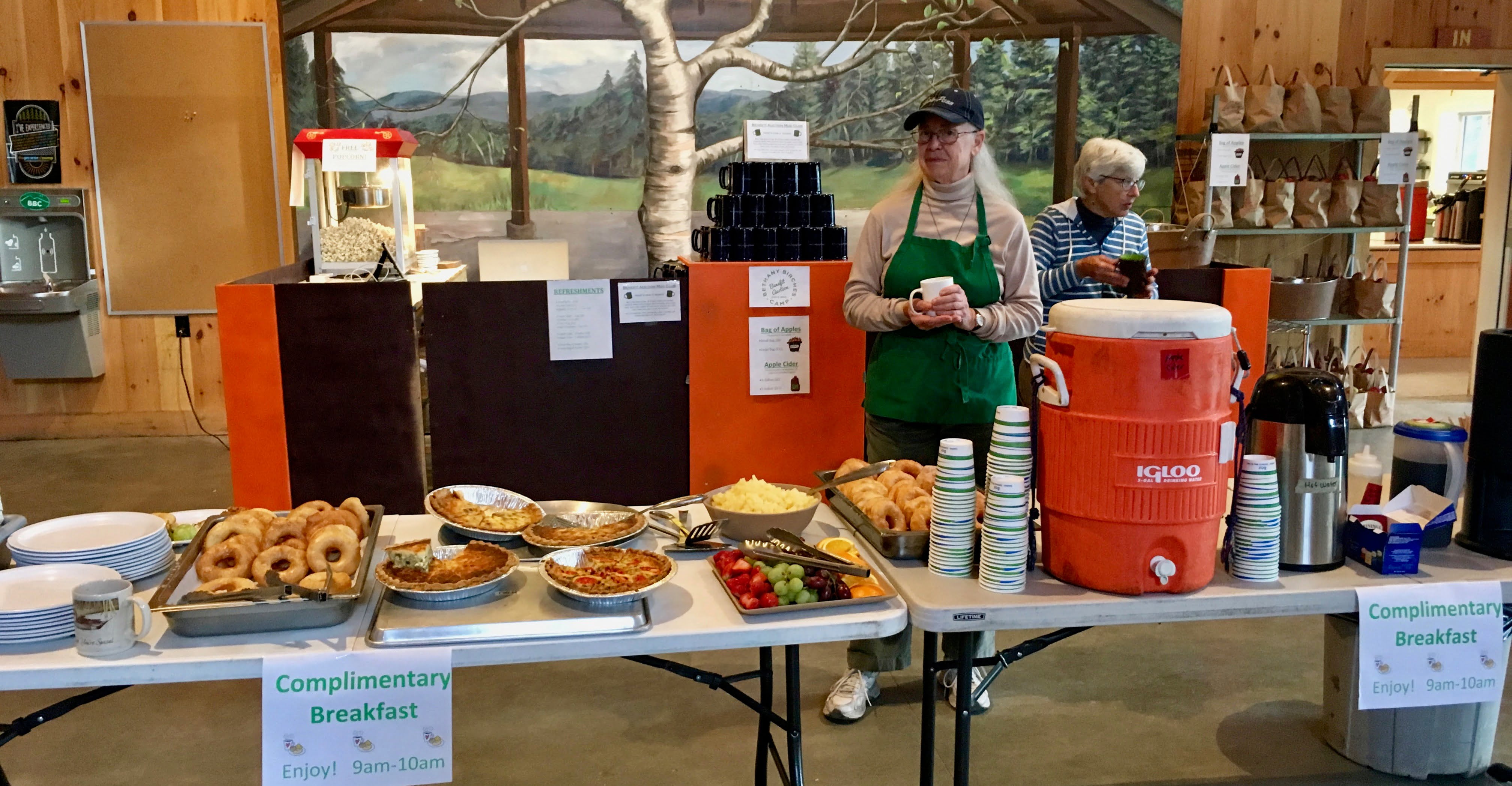 The 16th Annual Benefit Auction was great fun and raised over $51,000 for the work of Bethany Birches.  Specifically, that means that many campers who could not afford camp could still come and have a powerful summer and winter camp experience. I am so thankful for all of you generous and gracious people who make camp possible.  Thanks to everyone who donated items, who came out to the event,  who bid on-line, who made food, and who volunteered in numerous ways. We couldn’t do it without you!

On Saturday, we were blessed to enjoy beautiful fall weather for auction day.  The sun was out and the leaves were starting to display their autumn glory.  The morning began with a delicious breakfast of Phil Lapp’s famous donuts (bet you didn’t eat just one), an amazing selection of quiches, fresh fruit,  funny cake, shoe-fly pie (pies courtesy of Landis Supermarket), and lots of coffee and apple cider (thanks for the apples Jeff/Jane and for pressing Mike!).  It was just the thing to fuel everyone up for the active bidding that was to come.

We unveiled this year’s mug design as well as the new auction logo – and both were received with enthusiasm.  Plus – all those who joined the “mug club” got to enjoy endless beverage refills throughout the day. What a deal!

The preview hour was a great opportunity to check out the silent auction tent, as well as to start strategizing which items to bid on in the live auction.  Once Sandy (of Sanford Alderfer Real Estate), the auctioneer, took the microphone we were were off and running.  He has such a great energy and he keeps the bidder numbers popping up all over the room.  There were certainly some items for which the bidding was quite competitive, and that was really fun to watch (I, Wonder Woman was very excited to win one of the Penn View Farm Chocolate Milks that I had my eye on!).  Here’s a list of all the items in the live auction and their selling prices.

The event wrapped up with a fantastic lunch spread, and time to savor good food and conversation around the picnic tables.  The kids enjoyed running around at the playground as well.  We all had full stomachs, and even fuller hearts.

There were many special moments last Saturday.   Two of my favorite moments were listening to a supporter who talked about reconnecting with childhood friends at the auction and watching two current campers attempt auctioning for themselves!  In fact, here they are:

Here’s another take from the budding auctioneers:

On behalf of the auction committee,