We’ve been getting busier at camp the last couple years. There have been more campers, more programs, more volunteers and more work! Many hands make light work, right? This year we budgeted for some extra staff time. Though part time, Sparkles (Katelyn Golding) and Big Wade (Andrew Moyer) have been getting their hands dirty here at camp this year and helping make light of the extra work.

Sparkles is the Assistant Program Director and off-season works part-time in the office and on special projects. She is from Weathersfield, VT and started in the winter of 2012-13. She recently graduated from Eastern Mennonite University. She now lives at camp.

Big Wade is the Facilities Manager and started in September. He is looking forward to helping with the Pavilion Project as much as he can. Wade was on staff in 2005 and 2006 and is finally back. His full time work is for Bontrager Fine Carpentry based in Bridgewater, VT. Wade recently moved into the apartment that was constructed at camp specifically for this position. 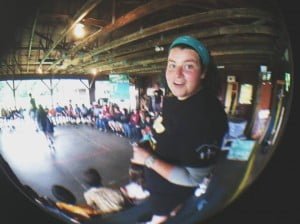 Sparkles leading a game in the pavilion this past summer 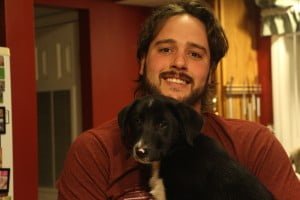 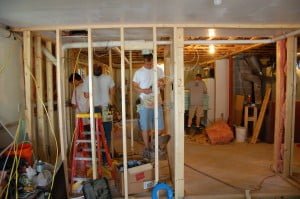