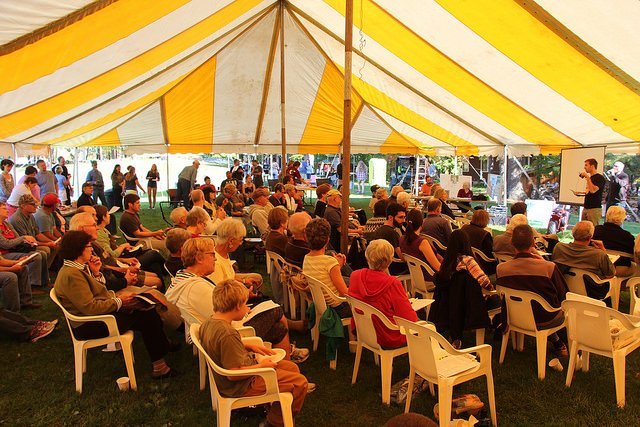 The 12th Annual Benefit Auction was awesome! It was in a tent on the ball field due to the absence of the pavilion. MANY volunteers helped to prepare for the event – from soliciting donations to setting up the tent and parking. And then of course there’s all those folks who bought stuff! And bought stuff they did – $52,000 worth!

We thank friends of camp who were willing to provide auction matches in the amount of $8500. That certainly helped the total. And the bidding.

And we thank Gallagher Flynn for sponsoring the Mini Bike Raffle. Congrats to a camper family from Montpelier area on the win.

For those of you who weren’t there, what was it like to be there? I’m sure everyone has a slightly different report. So a couple facts first:

As for me, it was a blessing to participate in this day.  I felt once again the support of the Bethany Birches Camp community and the inclusion of both new members to the community and outsiders.

Yes, there was even some water slide happening…
Auction Day Water Sliding