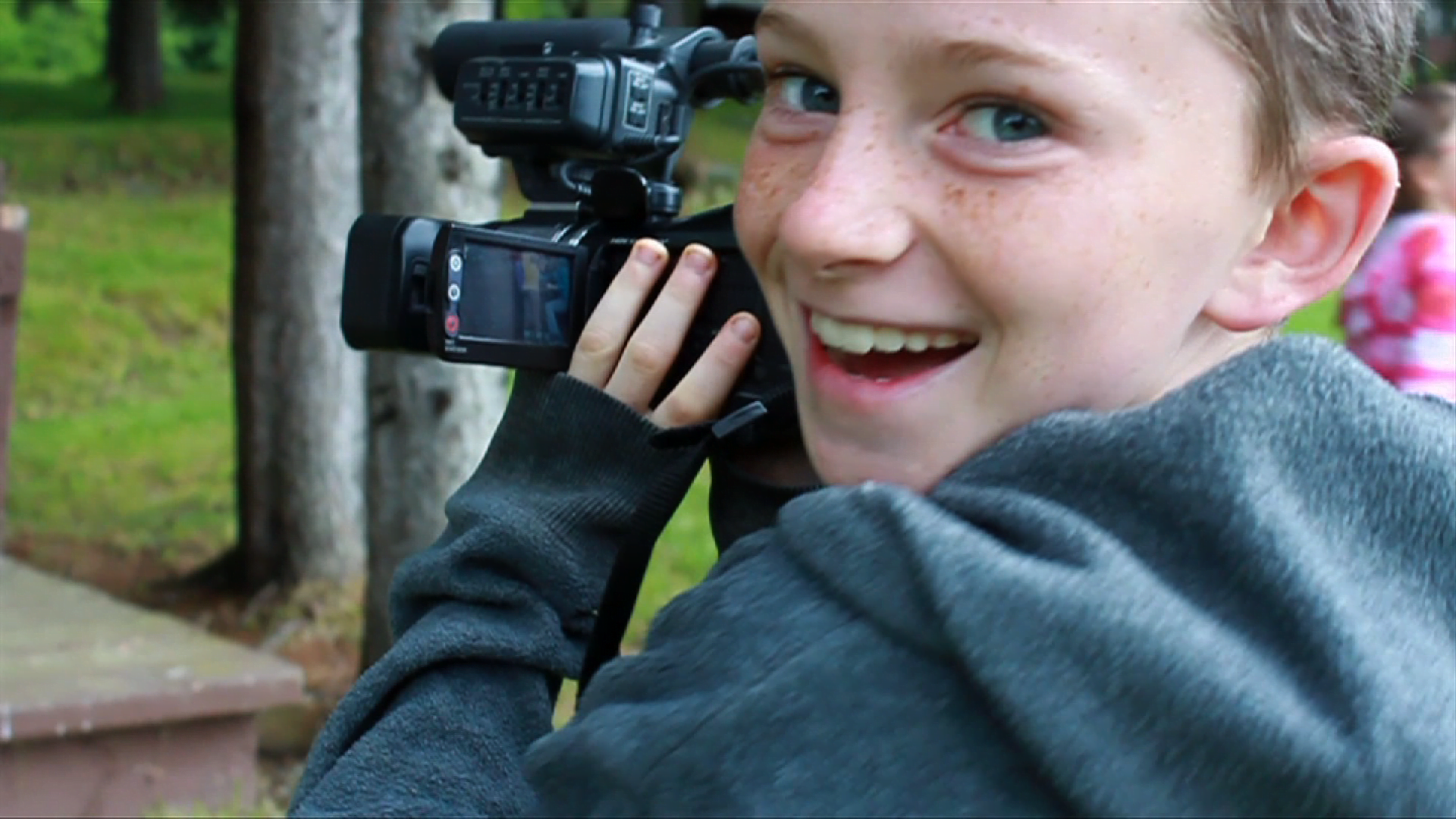 It’s Pepper here! For those of you who watched the BBSee clips that I created last summer, I am excited to say I have returned this summer as the full-time videographer. This year the video program looks a little different. I have had the privilege of implementing my vision for involving the campers in the DVD making process. In the past, at the end of each week the campers had the opportunity to buy a DVD of their week that the video producer put together. Last summer, as I went around camp hunting down campers to be interviewed I realized that demanding they tell the camera things often became something forced and therefore false. Yet more importantly I discovered that they had a passion to capture what they were experiencing for themselves. One particular camper last summer would find me during every moment of her free time or even when every other camper was participating in an activity and ask to use my camera. I soon saw that she had an incredible eye for instilling the beauty and laugher of the camp community around her. This inspired me to find more opportunities to invite campers to take part in my job.

As I was thinking about returning this summer I began to see that the only way for this camp experience to be genuinely displayed through video was to have the story told by the ones who were living it. I guess I wanted to get away from documentary and move towards reality– from the eyes of the beholder. To do this we’ve created a video interest group that meets 3 times a week. During this time I teach the campers the basic of filming and how to use the camera and then we brainstorm together. I’ve been asking the campers to come up with something they are either passionate about, something they want to remember, or something new that they’re learning and excited about. Each camper is then responsible for creating a segment that is focused on that idea. I then take the footage that they collect along with footage that I have been collecting and edit it to create the chapters for the DVD.

This past week I experimented with this format for the first week of summer 2012. I was uncertain of how it was going to work out, and became discouraged at points, but in the end God was good. With the assistance and the creative input of five young and inquisitive minds I was able to put together a DVD with more than half the footage resulting from their purposed hands. The campers were dedicated to their filming missions and their capabilities exceeded my expectations. I have learned not to underestimate my God or his children. I believe having the campers help in this creation process will make the DVD personal to their experience, will be a more genuine way to preserve memories and will provide a means to keep the flame of what they learned about God ignited through a visual reminder as well as a spoken record. I also hope that through involving them I will be able to build up these children in their identity in Christ and point out their artistic gifts.

Here’s to a summer full of endless video possibilities! I hope you enjoy our creations.